FINTECH: All You Need To Know

By Temiloluwa AbiolaApril 5, 2022No Comments

Financial technology (FINTECH) is used to describe new technology that seeks to improve and automate the delivery and use of financial services.

Fintech – Financial technology is simply the technology, innovation and new creation that aims to take over the traditional financial ways of financial delivery services. Fintech is used to help companies, business owners, and customers better manage their lives and financial operations by using special software, and algorithms used in computers and smart devices.

Fintech emerged in the 21st century. On its arrival, the term was used to describe the technology employed in the back-end systems of financial institutions. Since then, there has been a change. There has been a shift to customer-oriented services resulting in a change in definition. Fintech now includes other sectors such as education, retail banking, investment banking, etc.

Also, the term ‘fintech’ can apply to any creation in how people do business transactions, starting from the time digital money was invented invention to double-entry bookkeeping. Since the revolution of the internet and smartphone, financial technology has grown rapidly, and FinTech, which initially was referred to as computer technology relating to the back office of banks and other firms, now describes different technology interventions in commercial finance.

Fintech now describes lots of financial activities, that includes money transfers, depositing a cheque with your smartphone, bypassing a bank branch to apply for a loan, raising money for a business, or managing investments with little or no guidance and assistance from anyone.

As fintech has grown, concerns regarding cybersecurity in the fintech space have also increased. The massive growth of fintech companies and marketplaces globally has led to fintech infrastructure being vulnerable while making it a target for cybercriminal attacks. Luckily, technology continues to evolve to minimise the existing risk of fraud and eliminate threats that continue to emerge.

Let us look at these examples of fintech services;

Following this, traditional banks have been paying attention, however, and have started investing heavily into becoming more like the companies that seek to disrupt them. They are all going digital. For example, we can look at banks in Nigeria like Zenith bank, First bank, Fidelity bank, among others, that were not created in the digital area. They are all going digital by opening mobile bank apps that aid in transactions, introducing USSD banking, and lots more.

So many new technologies are slowly taking over the traditional means of business. New technologies like machine learning or artificial intelligence, and data-driven marketing, will change the method of financial decisions. “Learning” apps will not only learn the culture of users, which is not usually disclosed but will engage users in different learning games to make their habit of spending and saving decisions better. Fintech also adapted automated customer service technology, making use of different chatbots and AI interfaces that assist customers with basic tasks. Fintech is being used to combat fraud by focusing on information about payment history to filter bad transactions.

Some of the most popular areas of fintech innovation include these areas:

So many categories of people use fintech, but there are four main categories:

1) B2B for banks and their business clients,

Trends toward mobile banking, increased information, and more accurate analytics and distribution of access will create opportunities for all four groups to interact in ways imaginable.

As for consumers, just like most technology, the younger you are, the more likely you are aware of and can accurately describe what it is all about.

The fact is that consumer-oriented fintech is primarily targeted toward the youths because of the vast size and rising earning potential of that popular part. Some fintech observers believe that this focus on the youths has more to do with the size of the marketplace than the ability and interest of Gen Zs in using fintech. Instead, fintech tends to offer little to older consumers because it does not really address their problems as some of them are not used to it yet.

Prior to fintech, business owners and CEOs would have gone to banks to secure startup capital, and if they wanted to accept credit cards, they would have had to build relationships with credit providers and install infrastructure, such as landline-based card readers. Now, with mobile technology, these things are a thing of the past.

Financial services are also among the most heavily regulated sectors in the world. As expected, regulation has emerged as the number one concern among governments as fintech companies take off.

As technology is being integrated into different financial services processes, regulatory problems for such companies have doubled. In some situations, the problems are usually a function of technology. On the other hand, they are reflections of the tech space’s impatience to disrupt finance.

As technology progresses in the financial industry, we have to look at the risks involved too. Automation of processes and digitisation of data, for instance, make fintech systems at risk of attacks from hackers. A  recent hack at a credit card institution and a bank demonstrates how hackers can gain access to systems and cause irreparable damage. Consumers will be concerned about the responsibility for such attacks as well as the misuse of personal information

Rulings will also hinder the upcoming world of cryptocurrencies. Startups can raise capital directly from lay investors through initial coin offerings (ICOs). Most countries have no regulation over them, which has made them ripe for scams and frauds. In addition to regulatory uncertainty for ICOs, entrepreneurs are slipping security tokens that act as utility tokens past the SEC to avoid fees and compliance costs.

Because of the different offerings in fintech and the industries it touches, it is difficult to create a single and comprehensive approach to these problems. For the foremost part, governments have used existing rules and, in some cases, customized them to manage fintech.

Fintech has solved different problems in different areas such as:

Moving money around is something fintech does at its best. Payment companies have changed the way business is now done. It’s easier to send money digitally. In addition to Remita, there are PayPal, Paystack, and Stripe.

Insurtech can be defined as the use of technology innovations which were  formed to squeeze out savings and effectiveness from the recent insurance industry model. Insurtech is a merger of two words “insurance” and “technology,” motivated by the word fintech. While insurtech is quickly changing into its own trade, it still falls beneath the umbrella of fintech. Insurance is a slow adopter of technology, and many fintech startups are partnering with traditional insurance companies to help automate processes and widen their coverage. From mobile car insurance to wearables for health insurance, the industry is having lots of innovation.

Fintech has caused an explosion in the number of investment and savings apps in recent years. More than ever, the barriers to investing are being broken down by companies like Bamboo,  Robinhood and Acorns.

Fintech is evolving in this 21st century more than ever and it has helped so many industries to ease transactions and make payment methods better. This is the era of great innovations in the digital age, and more to come.

You can also Read these Articles : 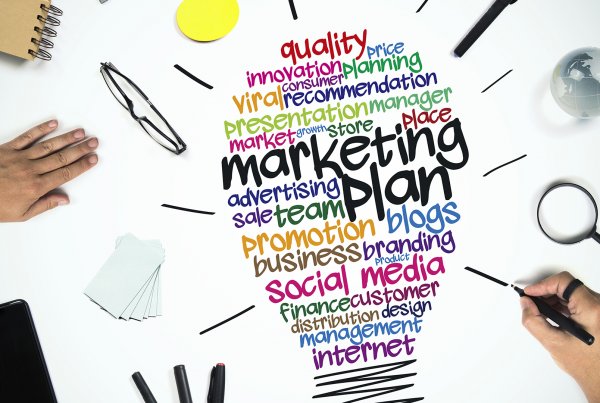 Does Marketing Matter? – 8 Benefits of Marketing

We are a full fledged Integrated Marketing Communications (IMC) company with over two decades worth of experience.